Is Pickleball An Olympic Sport? 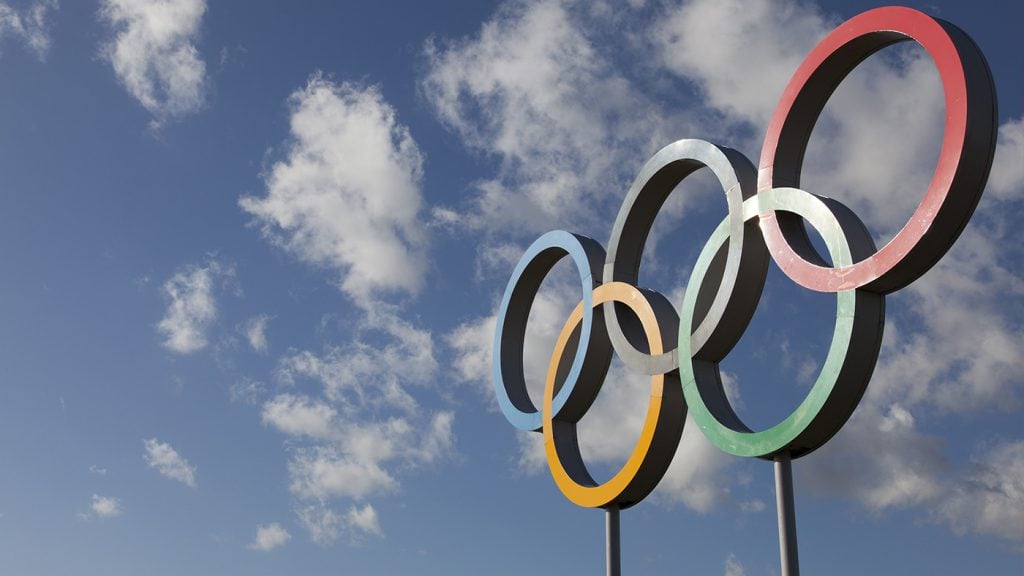 Pickleball is one of the most rapidly growing sports throughout North America, with hundreds of available playing fields emerging in the last decade. This sport, created in 1965, was developed by accident when a couple of families could not locate a shuttlecock to play badminton. The three dads created pickleball as an alternative for their children. Although the sport is popular, does it count as an Olympic sport?

Unfortunately for pickleball enthusiasts, it is not an Olympic sport yet. But there is a chance it could become one.

Pickleball is a game played on a court that measures 20 x 44 ft. There is a pickleball net hung across the center that measures 36 in. at each end and 34 in. in the center. Players take turns batting a ball back and forth using wooden pickleball paddles. It can be played as singles or doubles, and is one of a few sports that allows for mixed-gender teams.

A point is scored each time the opposing team commits a fault during a round. These faults are similar to those played in other games like tennis and badminton, and include:

Compared to many other activities, pickleball is a relatively new sport that still needs to gain enough popularity to be considered on the level of the Olympics. To do this, it needs to meet some basic requirements and go through the proper joining process.

How a Sport Joins the Olympics

People tend to have a general idea about all of the sports involved in the Olympics and can typically name some of the biggest events, including running, swimming, gymnastics, and ice skating. However, as of 2019, there are 65 different sports athletes can participate in, and the number changes all the time.

In the early 2000s, it actually became necessary for the administrators to put a cap on how many sports and events were considered for the upcoming Olympics. For example, a cap was placed so only 8 categories of sports were held during the summer Olympics. However, for the 2020 Olympics being held in Tokyo, Japan, the International Olympic Committee (IOC) added five new sports: baseball/softball, karate, skateboarding, sport climbing, and surfing.

For pickleball to be eligible to join the Olympics, it needs to meet a couple of requirements placed by the IOC.

These requirements are not easy to reach. For example, the level of international popularity means the sport needs to be played by men in at least 75 countries across four continents, and by women in at least 40 across three. The gender difference is included because women are forbidden from playing professional sports in many countries across the world.

It is also difficult for a host country to be able to provide the right facilities, especially if the sport is new and requires a large arena or area. It would be foolish to host the Winter Olympics in a hot country like Egypt since the facilities for a cross country skiing event would be outlandishly expensive. Thankfully, pickleball requires little equipment.

Unfortunately, the main issue that prevents pickleball from being added to the Olympics is its popularity and level of the international population. Although the game has become prevalent in North America, it is not often played on other continents or even outside of Canada, the United States, and Mexico. If pickleball is to make it to the Olympics, it needs to be shared with more countries and attract a following on the level of more popular sports like distance running, swimming, and soccer.

To improve pickleball’s chances of being selected for future Olympics, fans need to find a way to transport the game to other countries. At present, matches are held in locations like Singapore, the Philippines, Poland, and India. Players would also need to make an international organization for regulation since one does not currently exist.

Is pickleball an Olympic sport? No.

But does it have a chance of becoming one? Pickleball could feasibly join the Olympics in the future, but only if fans and players are willing to bring the sport to an international level and create solid rules and regulations on a global scale. Without these, it will continue to be a sport relegated to basic recreation and backyard fun. 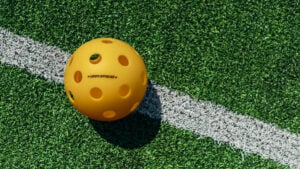