How Many Calories Do You Burn Playing Pickleball? 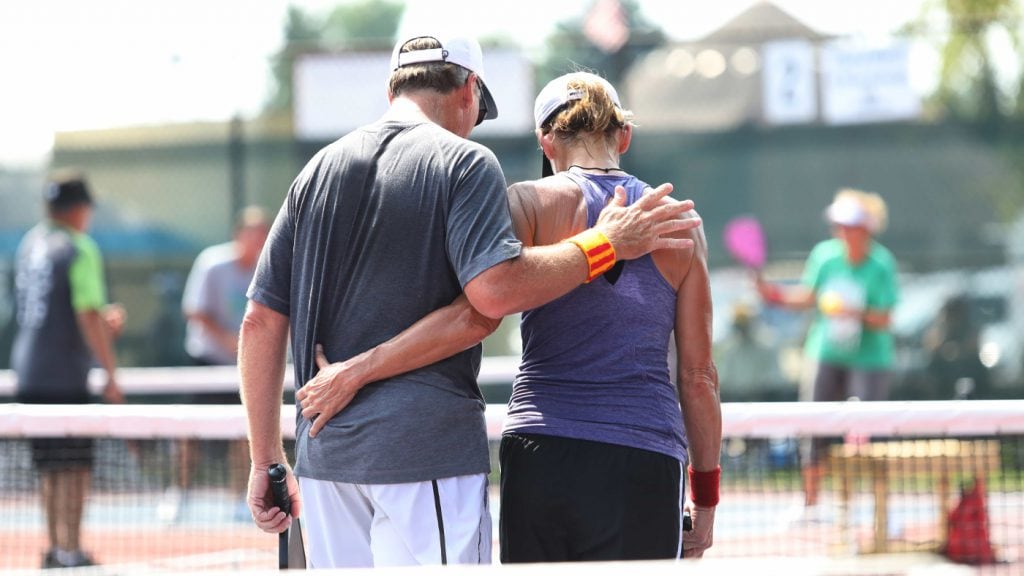 Undisputably, pickleball is fun. It features more movement than ping pong but fewer wind-sprints than a full-blown tennis match. Pickleball is a great cardiovascular workout–but exactly how many calories can you burn playing pickleball? Can you substitute pickleball for a day of running or a day at the gym?

How long does Pickleball take?

The USAPA (yes, that is the United States of America Pickleball Association) recommends that when running a tournament you play matches at the best 2 of 3 games to 11 points. This will give you an average time per match of 50 minutes. If you play a full set of pickleball, you’ll play for about an hour. If you play two sets, you’re looking at 2 hours.

A lot of those calorie-burning and aerobic exercise stats will depend on the type of pickleball you’re playing. If it’s a casual rally with a friend, your heartrate might stay low and you won’t take a ton of steps. If you’re playing a heated, competitive match with a good friend–well then expect the sweat to pour, the heart to race, and the blood to pump.

Calorie burning in Tennis and Pickleball

How many calories does a pickleball game burn?

Based on these stats, you can expect a standard best of 3 pickleball set (2 or 3 games to 11) to take about an hour and burn about 500-700 calories, depending on the intensity of play.

A 150 person will burn about 11 calories a minute while running. At the lowest end of pickleball calorie burning, you’ll burn about 8.3 calories per minute. A high-intensity game has a higher calorie per minute burn than regular old running.

Most of the pickleball’s calorie-burning power will depend on the pace of play. If you’re interested in burning calories, kick up the intensity! Play singles pickleball with a competitive friend and really run around the court. Chase every ball, let that heart rate soar and drink plenty of water!

Alright. Nothing left to say than bring out your best pickleball paddle and get the game going. It's both healthy and fun.