What Is The Double Bounce Rule In Pickleball? 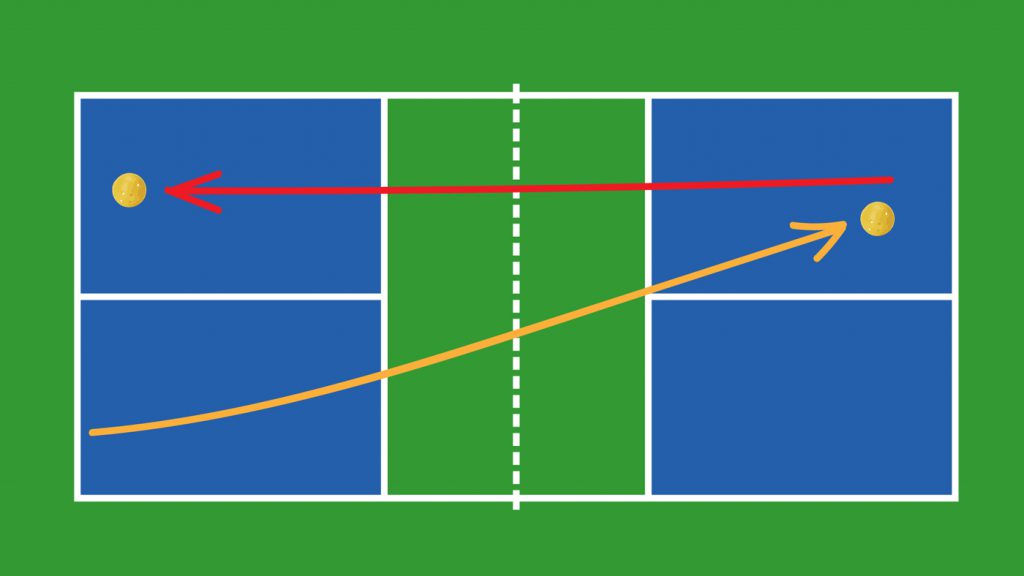 Introduction to the Double Bounce Rule

Pickleball is a beautiful ball, paddle, and net sport nestled just between the smaller Ping Pong and larger Tennis. Because of its more popular siblings, Pickleball rules and scoring can be confusing. People often mix and match Tennis and Ping Pong rules, somewhat unsure of how Pickleball works. The double bounce rule in Pickleball is a rule that differs from both Ping Pong and Tennis.

The double bounce rule applies to the initial pickleball serve, the return, and the shot after the return. The double bounce rule, simply, means that the ball must bounce once in the receiver’s square before they hit the ball back over the net, and a second time back on the server’s side before the server hits the ball back over the net. See the image below:

The double bounce rule means that both the server and receiver have to let the ball bounce once on their side before they can hit the ball back over the pickleball net.

Tennis and ping pong also require the receiver to allow the serve to bounce. You can’t just stand at the net and hammer the tennis ball back when the server hits it over! But unlike tennis and ping pong, pickleball requires that the person who served also let the first return bounce on their side (the double bounce).

In tennis and ping-pong, the third shot can be smashed over the net without allowing it to touch the ground. Those sports have a “single-bounce rule,” requiring on the serve to bounce. If the serve is returned, however, the server is allowed to smash the third shot. Pickleball’s double bounce rule ensures that only the fourth shot may be smashed.

Smashes in Pickleball: Avoiding the “Kitchen” and the “Double Bounce”

The double bounce rule helps extend rallies. Pickleball is built around rally-play, instead of the quick smashes of ping pong and the sprinting smashes of tennis.

In pickleball, after the ball has completed the double bounce rule over three shots in total, the ball may be smashed over the net without it touching the ground.

However, pickleball also includes a location known as the “kitchen.” In tennis, the kitchen area is where players go to smash the ball with overhead volleys which bounce over their opponents’ heads. In Pickleball, a rally-based sport, the kitchen is a no-volley zone. You can’t smash the ball from the kitchen.

For example, the following sequence is an example of a fair pickleball play that doesn’t violate the double bounce or kitchen rule: